Marissa and Reggie in Wales, Part 3!


READING WEEK PART THREE: Brecon Beacons in Wales
For the last part of reading week we did yet another hiking trip (see post about the Pembrokeshire Coast). Thankfully this hike was much more relaxed, only lasting a couple hours instead of 8 hours. We left the coast and walked along the valleys of the Brecon Beacons. Our hostel had a wonderfully cozy feel to it with a fireplace in the lounge. It was so nice to read a book (that was not assigned or in Latin) by the warm fire.

The next day, after feeling fully relaxed, we got up and hiked the Beacons. We soon felt the burn in our legs, our bodies still being broken from the coast. However we pressed on because 1) the Beacons are gorgeous, 2) hiking hurts but it feels great after and 3) that was literally the only reason we went to the Beacons and that would have wasted money. Of course I was rewarded when we reached the top with the spectacular view of mountains upon mountains.


The day had started out sunny, but eventually the fog rolled in bring an eerie feel to the landscape. It was also nice to see some snow at the top, even if I got some in my socks. 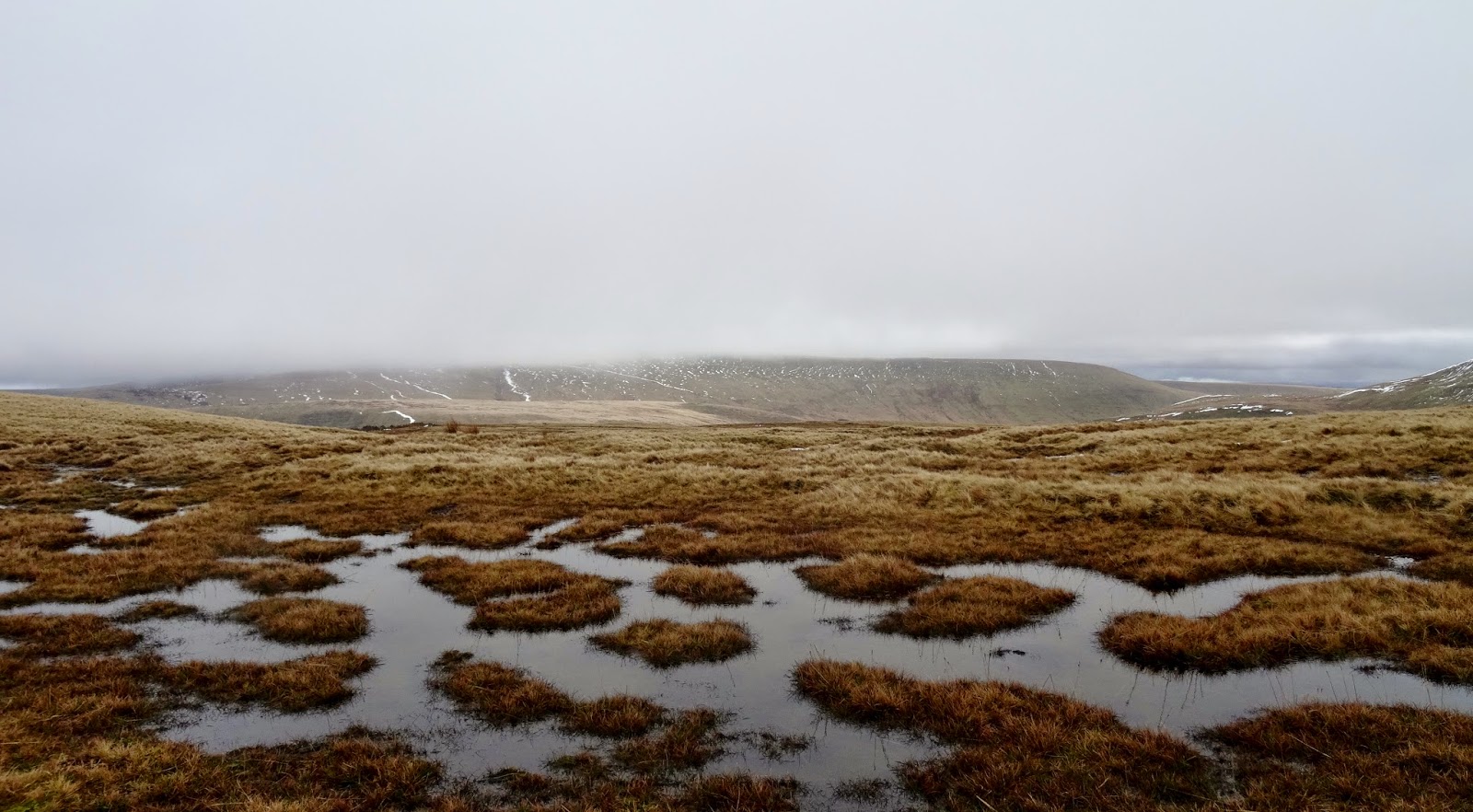 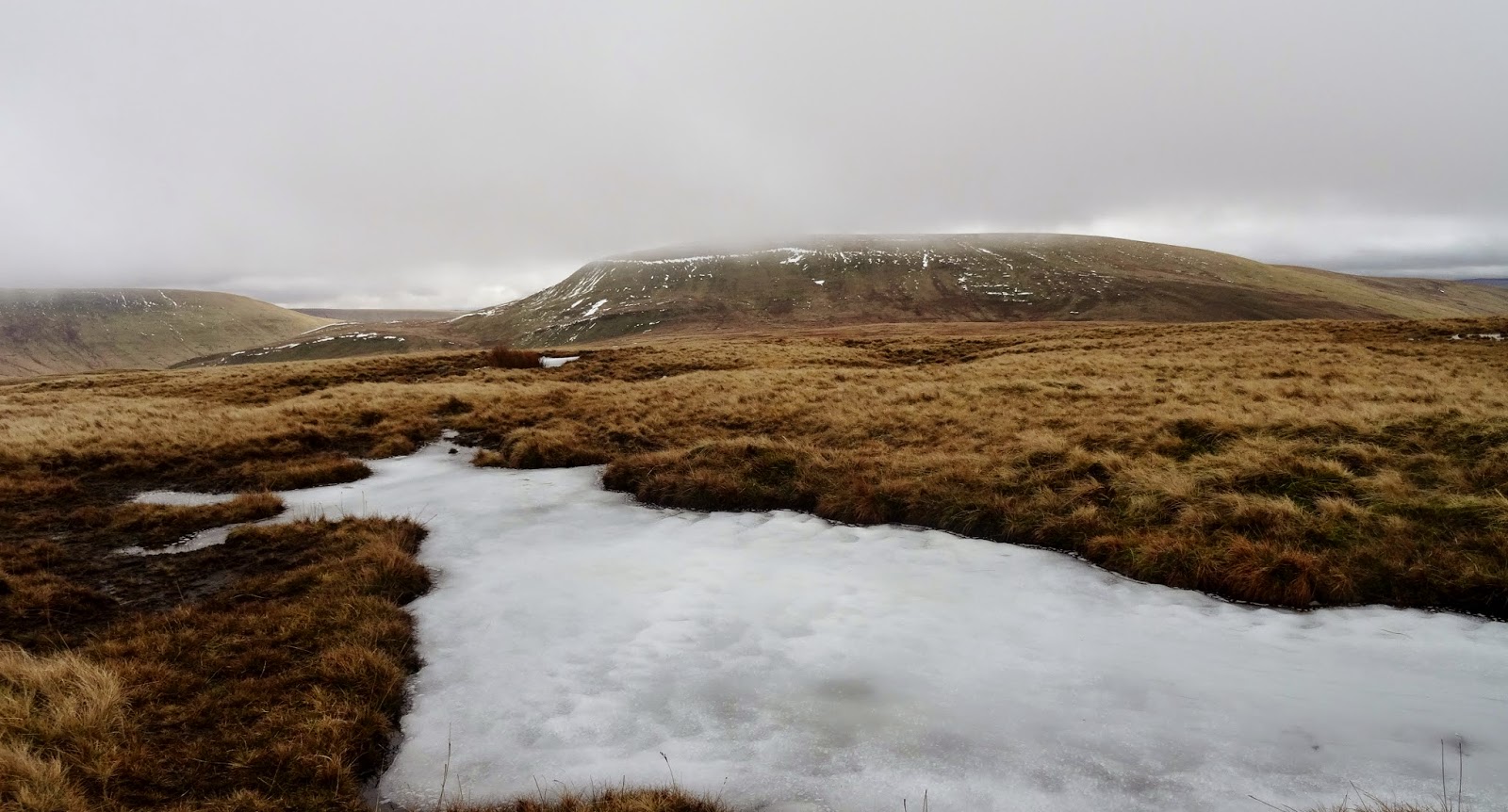 There was another view that we wanted, but unfortunately there was a fence blocking us. But we had become somewhat master fence jumpers, so we strayed from the path once again (like we had in the coast). After taking a million selfies and adventurous “candid” pictures, we began the walk down. But of course going down would not be as easy as up, and we had to hold on the fence so we would not roll down the hill. There is always some kind of obstacle!

That night we went back to the lounge and read and talked by the fireside. It has been strange coming back to my home away from home, having to settle in and do actual school work. But we had to come back to school eventually, and after all the next adventure is never far away.

Marissa Sarver
Trinity St. David
Wales
Posted by Unknown at 8:17 AM No comments:

Summer and Dre in Plymouth!

Hello everyone. I’m Summer, and I’m studying at Plymouth University with my feisty dragon friend. He goes by Dre (as in Dr.), because his birth name, Draco, was a bit too common for his liking.

Plymouth is a coastal port city in the south west of England. It might sound familiar to you because it’s the city the Pilgrims left from on the Mayflower (that’s why they named their landing place Plymouth Rock). The city was heavily bombed during the Blitz, destroying many of the historical buildings. Thus, a lot of the architecture in Plymouth has a modern feel, although there are still some beautiful historical gems tucked in between.

Dre and I love Plymouth, because everything is very centrally located. We walk everywhere. We have yet to ride a bus around the city, actually. The big mall in Plymouth, Drake’s Circus, is literally a two-minute walk from our dorm, as is the city centre and all of its shopping. That is both a helpful and dangerous thing, my friends.


The university holds 33,000 students, making it much larger than UNCG. The campus is about half the size of Greensboro’s, however-- Dre and I can leave our ‘off-campus’ dorm at 8:56 and be at a lecture on the other side of campus by 9! I am only taking three classes (called “modules”) here: Understanding Children’s Development, Equality, Diversity, and Anti-Discrimination, and Heritage and Public History. Our courses are taken with first-years (“freshers”), and I get really annoyed when they do not stop talking during lectures. None of my courses have exams, and each has a maximum of three graded assignments, so it’s a very different system than at home. It provides me with a large amount of free time, which is surprisingly hard to get used to!

Dre is a bit of a party animal, but even he can’t keep up with the amount of nightlife here in Plymouth. There are three bars directly outside of our dorm window, and the flats above and below ours go out EVERY. SINGLE. NIGHT. I will wake up at 6 am some mornings to the sound of people STILL partying outside. The British know how to have a good time, y’all. Since the drinking age is 18, the university offers alcohol at almost every on-campus event. The student union has three bars of its own, and it turns into an actual nightclub on the weekends.

The best part about Plymouth, for both Dre and I, happens to be the INCREDIBLE international friends we have made. I came to study abroad thinking that I would make a bunch of really close British friends. I have met some nice people from England, but the majority of my friends are from other countries. Some of my closest buds are from China, Mexico, the Netherlands, the Czech Republic, and Canada. There are a lot of Americans studying at Plymouth, so I’ve made besties out of some girls from New Mexico, Georgia, and Tennessee. One of my flatmates, Cori Cauthen, is also from the Honors College at UNCG. She’s my lifesaver, confidant, and grocery-shopping companion, and I am so thankful to have her here.

Plymouth is a lot of fun, but Dre and I have one big goal during our time here, and that is to TRAVEL. We are heading to Portsmouth for a day trip tomorrow, followed by a giant group trip to AMSTERDAM this weekend with our international friends! Dre and I have already traveled to Oxford, Bath, Bristol, London, Newquay, and Exeter.