안녕하세요!  Hello!
Coming to Korea has been every bit as exciting yet daunting as I had imagined.  I knew there would be certain cultural barriers I would have to deal with—especially because I do not speak Korean. Surprisingly, my lack of knowledge of the language has done nothing to limit me from enjoying Korea to the fullest.  And believe me, I have!
1. Seoul is huge! 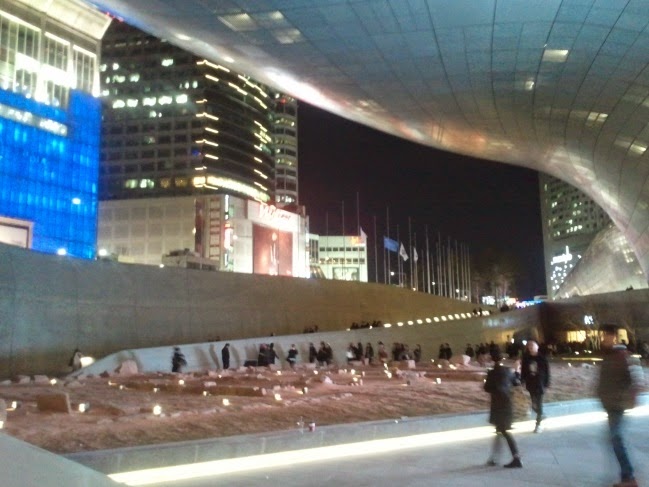 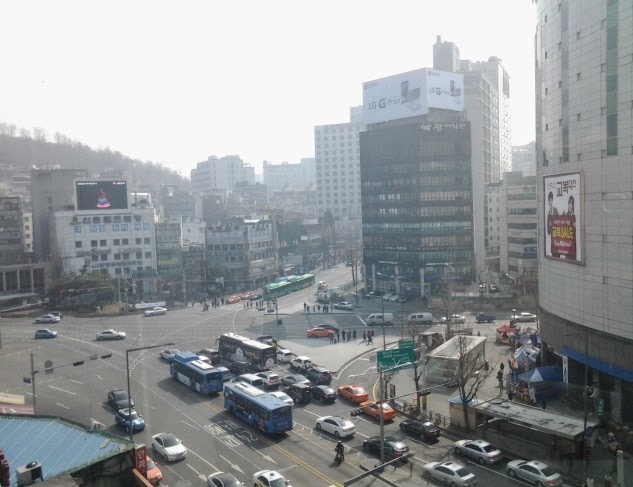 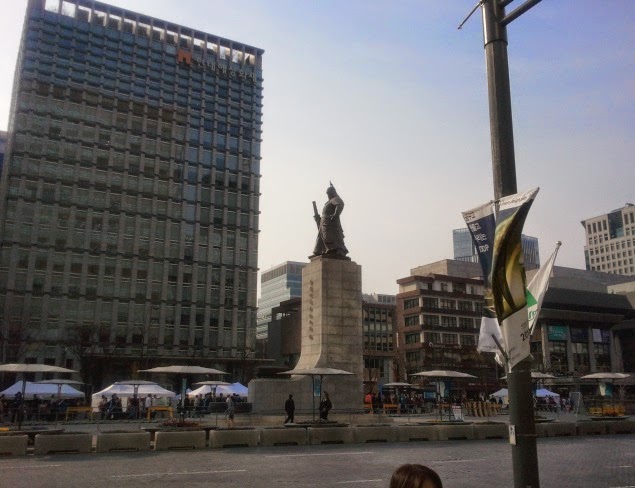 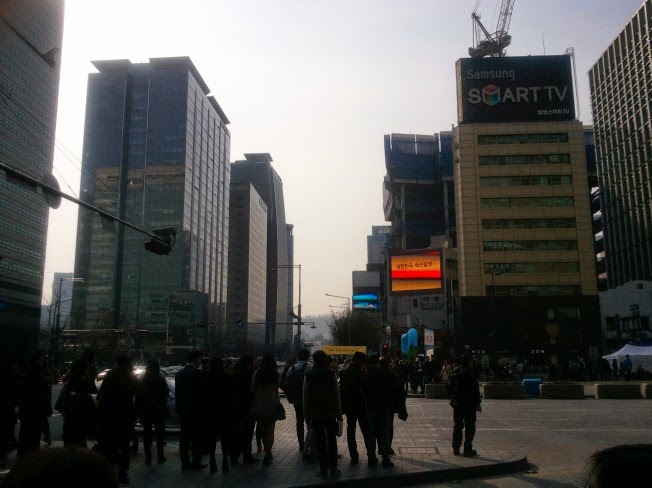 Walking the streets in Seoul gives you a taste of what big city life is all about.  Every corner you turn there are buildings, bustling streets and Koreans rushing to their destination.  Public transportation is very reliable as there are taxis, subway and bus stops virtually everywhere in the city. One thing I love about the city are the shopping districts usually located around major Universities.  For Yonsei University, the closest districts are Edae and Hongdae.  In these shopping districts you can buy a large variety of clothes, shoes and accessories for super cheap!

Food is another great perk to living in Seoul.  Most Korean restaurants offer a large portion of food for as low as $5-$10 depending on where you are.  The cheapest (and probably healthiest) meal you could get is Kimbap a.k.a. Korean style sushi and Kimchi for $2-$3!  My favorite kind of restaurant to go to is Korean Barbeque.  At these restaurants you can either on the ground or in a chair and eat at a table with a grill in the center that cooks the meat in front of you.  These restaurants are cheap too ranging from $6-$9 if you’re eating with a group.  The best part about Korean restaurant service is that there is no tipping required!

3. Historical Sites!
As the capital of South Korea, Seoul is full of historical sites that attract lots of tourists.  My favorites are the Gyeongbok Palace and the Bongeunsa Buddhist Temple.


4. Easy travel to other East Asian countries
Because of Korea’s location you can easily travel to the neighboring countries for relatively cheap if you use a low cost airline.  Me and my friends took a trip to Japan on a holiday weekend and had a blast!  The flight was only an hour and cost us $300 round trip.  As beautiful and adventurous as Japan is, it is far more expensive than Korea though.

Studying in Korea has been an unforgettable experience. I encourage everyone to consider visiting here!  Overall I’ve been having the time of my life living and studying in Korea, and I’m in no rush to end it.